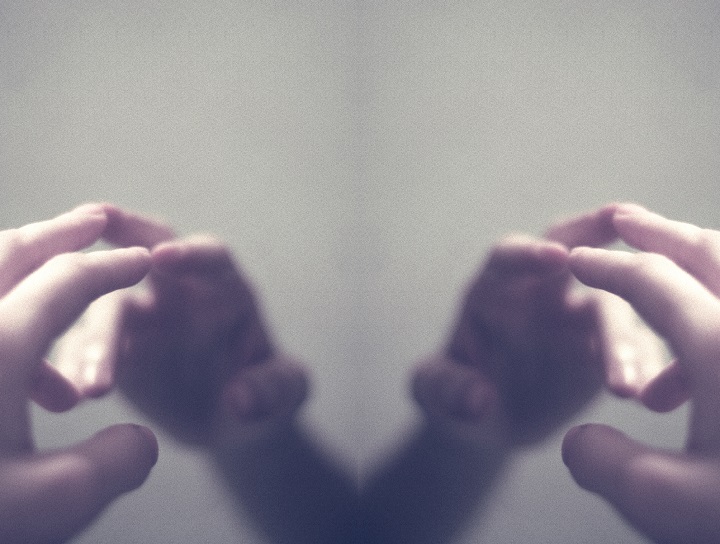 Sometimes we go through experiences that overwhelm us. We feel alone and helpless, or need someone to share the little things that bring us joy. Other times we rush into judging others without knowing them or having any idea about the things they’ve been through.

I started Connections in a time when my life didn’t look to colorful or happy and it served as a self therapeutic exercise. Then more people got hooked into it and I decided to take it further.

This project is an exercise of introspection and sincerity, a way of traveling back in time to reflect on some of the moments and relationships that put a mark on our lives. Connections talks about all of us – the experiences that bring us joy or sadness, the little things we might take for granted, the people we meet.

It’s a project that continues to do me good and I hope you’ll get something good out of it as well.

Did you use to invent stories when you were little?

Playfully, yes. I miss the fact that the stories I would make up cross boundaries - into space and the past and the present, knights and aliens and whatever I could get my hands on. That’s interesting to me, rather than the nostalgia for toys of the past which are linked to the future with some ideal about learning to code. It’s the imagination and creativity which went into whiling away the hours. Childhood is a magical time, in the sense that nothing is grounded in reality - when you’re little you don’t really have a grounded sense of time and place, so inventing stories is part of the process of figuring out what’s really happening.

One game I played was about watching a small figure running alongside us in the car, where I sat in the back with my brother, staring out the window and seeing this figure jumping on walls, around people, over street signs, always racing to keep up with us. I think a lot of people saw that too. I don’t remember what stories I made up though - no characters from that time have survived the transition from childhood to adulthood, and I miss that.

What’s the most beautiful memory from your childhood?

Watching my father come home through the window in our living room. He travelled a lot, first as a sailor and later in a job which I didn’t fully understand, but which often seemed to take him to the middle east, or America. I remember him coming home, and simultaneously not knowing who he was whilst unquestionably knowing he was my father.

Tell me about a person who changed/influenced your life.

There are two - years ago when I was lost and in need of some direction. I went to an art college and the two English teachers there somehow managed to shape me into something worthwhile. It's the classic one-teacher-you-never-forget, except I was lucky enough to have two of them. Both held a passion for what they did, and I know I probably made them question that a few times, but they instilled something valuable in me, and I'll always be grateful that they were able to look deeper than anything else before, and see a way to make me stand for for things I believed in.

I revisit those days quite often, but I hadn't realised it until I answered this question. I don't really know how to spot talent, or how to nurture and develop it, but I feel like they did and that kept me going for a long time.

What did you learn from your past relationships?

That I can be distant and uncommunicative.

Did a stranger do something nice for you?

The one which sticks in my mind is from last summer, arriving back in London on a delayed flight. Helping another lost traveller get home when the trains had stopped running, then finding myself in the back of a taxi with very little money. That taxi driver took pity on me and drove me all the way home even though I couldn't afford it. It's late at night, I'm broke and someone goes out of their way to get me home, I wouldn't say it restored my faith in people, but it made me feel good about wanting to always believe in people.

Did you do something nice for a stranger?

Once, when I was smaller, I remember walking with my mother and finding something on the floor. It was money, I knew it was something important. She picked it up and we'd found a £50 note. We were standing outside of a funeral parlour too, so a sad story pretty much wrote itself there and then. We handed the money in and heard nothing back, but I hope that action was received by someone who needed it.

When in your life did you feel most alone?

When I was trying to figure out who I was. Or rather, which person I wanted to be, of all people who were an option. There’s no-one who can make that decision for you. As I grew into adulthood I remember being overwhelmingly scared and I resisted for a long time. Looking back, I was lucky to have the time and the ability to make those choices, and to a certain degree my hesitance meant that a lot of options became closed off very quickly.

There's a difference between being alone and being lonely. I could be alone for a long time and often I'll need that. But a little bit of loneliness goes a very long way, and I'd do most anything to avoid that.

*Want to be part of this project? Send me your answers at ioanabirdu@gmail.com*